The rain was forecast and so it came, in torrents, not what we would have wanted but contingency plans slipped into action from early in the morning. With an hour to go before start time the Village Hall, our backup location, was buzzing with activity. A team of volunteers was working hard in the car park despite the drenching they were receiving and two large marquees had been erected in no time at all giving us some dry space for the barbeque and the bar. Sadly the poor weather meant that the canoeists were unable to entertain us as planned but as midday approached it began to look like we still had a Harbour Day.

The crowds were soon pouring through the doors, dripping wet but undaunted in enthusiasm, and there were pirates everywhere, young and older. 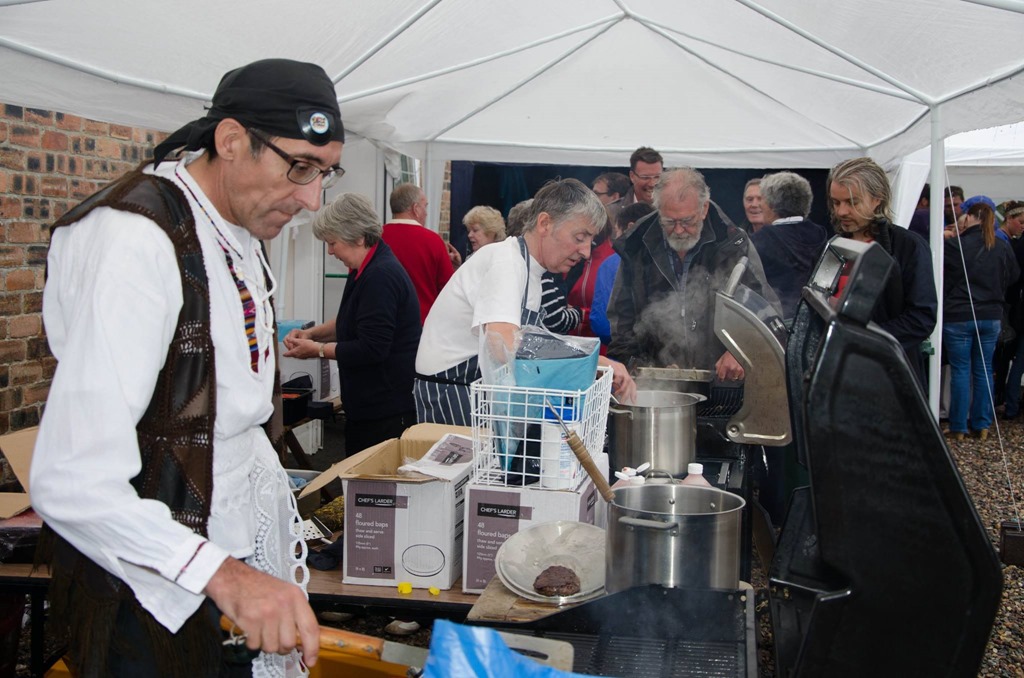 The big event of the day was the dog show which was judged this year by none other than Homer Simpson himself. Ever popular this proved to be a great success and the dogs behaved impeccably despite the crowds crammed in around them. Here are just a few of the entries… 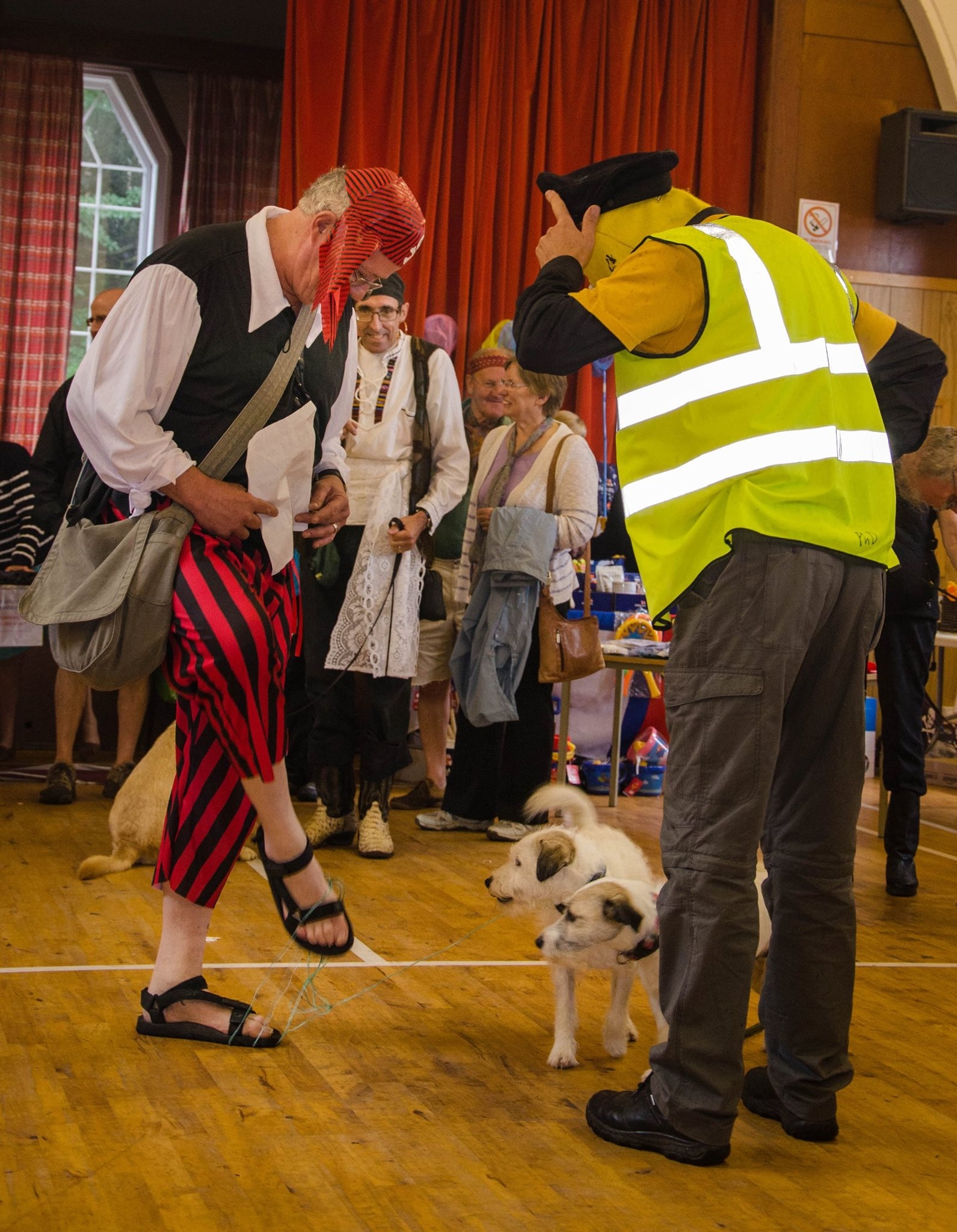 Immense gratitude goes to all who helped out and made the day such a great success. What a team!

Many more pictures can be found on the Harbour Facebook page.